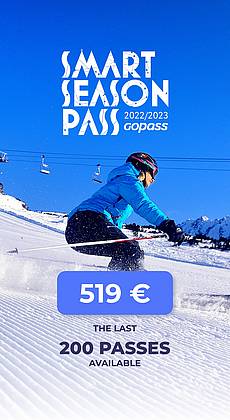 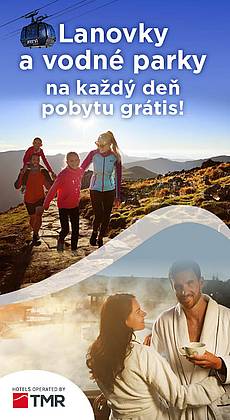 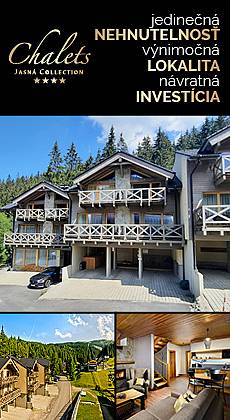 Mt. Chopok is waiting for you this summer again! And Demián the Dragon, the strongest guard of the treasures of Demänovská dolina (valley of Demänová) is looking forward to welcoming all his friends. Enjoy an unforgettable adventure that Demián is preparing for you! Have a picture taken of you with the dragon spitting fire and ring a copper bell in his mouth to resound the whole valley.

The monumental sculpture of Demián was made by artist blacksmith Vladimír Eperješi, it weighs 1.5 tonnes and is 3 metres big. The imposing dragon has three heads. Two of them spit fire and steam, inside the third, there is a copper bell in the throat which brings luck when rung. Demián the dragon, the strongest guard of the treasures hidden in the valley of Demänová was inspired by an old legend of the Liptov region which says a dragon used to live in the caves of Demänová.

Demián´s sculpture has been ruling over the valley of Demänová since 2014, when it was brought to the area of Priehyba. In December 2014, Demián the Dragon flew to Mt. Chopok. With help of a helicopter, it was placed to its throne on top of Mt. Chopok and has been enjoying flawless comfort in an exclusive place and beautiful views of the High Tatras panorama on the terrace of the Rotunda restaurant ever since.

Steel is the most important material that was used to make Demián the Dragon. His sculpture was made of several pieces that were forged together by skilful hands of an artist blacksmith. He began with the trunk, then added a tail, legs and three necks. Finally, he crowned Demián´s beauty with three heads and secrets hidden inside them. In one of them, there is a copper bell. Other two heads contain devices that enable the dragon spit flames and smoke. The nostrils of the dragon´s head with the copper bell smoke as well. The eyes are inlaid with semi-precious stones of various colours. Brown, green and pink decorate the view of the dragon. The majestic sculpture spits fire and smokes during summer events on Mt. Chopok. It took about 1,350 hours within 4 weeks to complete Demián the Dragon. 800 hand-forged scales on the dragon make it truly special. 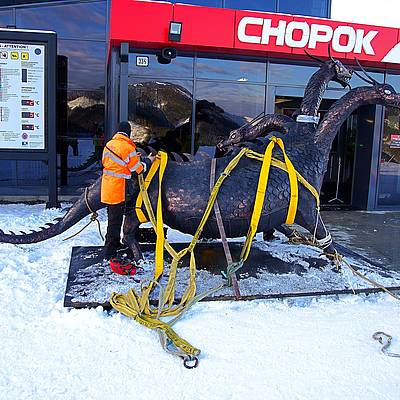 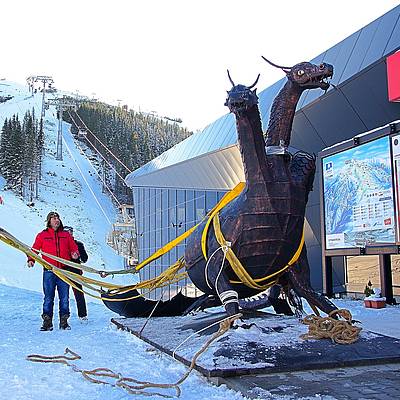 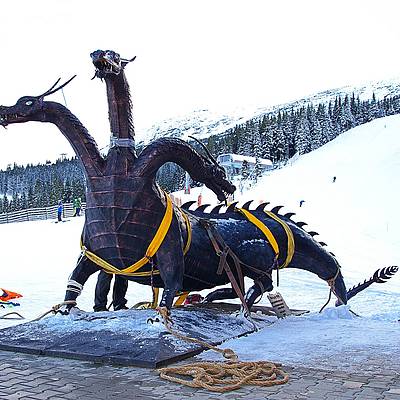 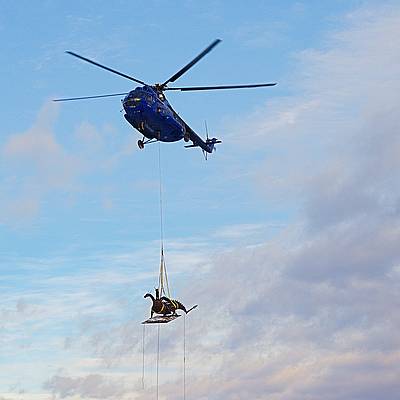 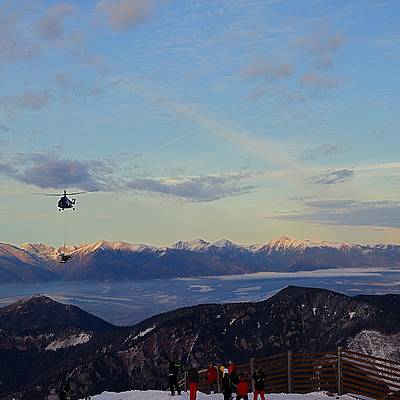 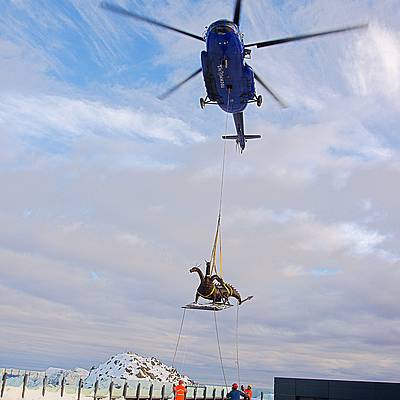 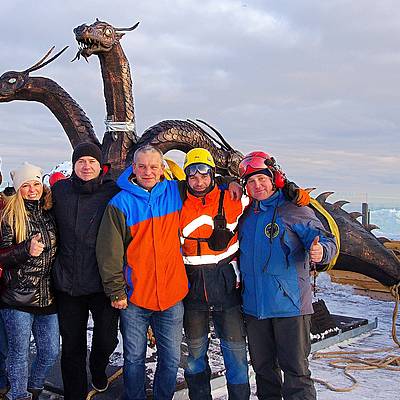 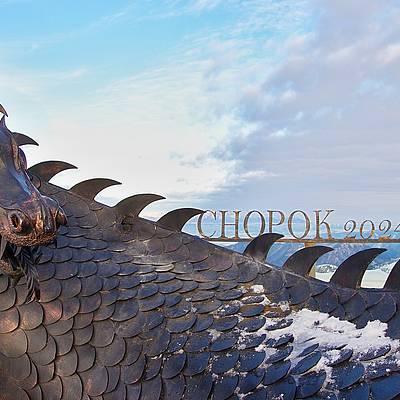 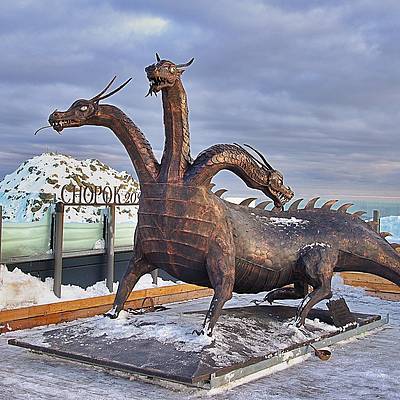 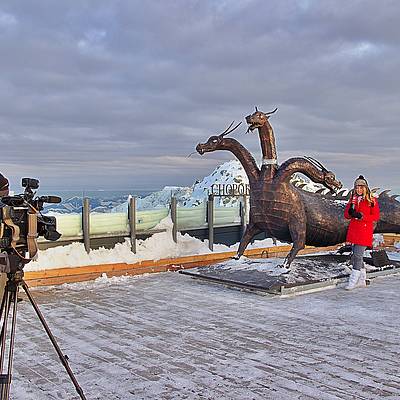 The valley of Demänová used to be considered enchanted from of old. It was very long, with toothed rocks rising high. A brook was roaring inside as if the inside of the earth was announcing itself. Scared people would say it was full of underground tunnels with precious treasures which were guarded by a six-headed dragon. Well, the whole valley looked like an abandoned cemetery. One day a strong young man called Demián came to the valley. People told him how scared they had been of the dragon so he couldn’t wait to see him. A shepherd told him the dragon would come out to a lake every Friday morning and drink all water inside. He advised the young man to focus on the third, most fearful head of the dragon. So Demián went to the valley and had a good look around the holes where the monster was nesting. Once he came close, the dragon could sniff him and began to release hot steam from all holes. Demián stepped back and returned to the village. A few days later, the he climbed high rocks and got above the lake where the dragon used to drink. He found a huge inclined boulder which he had a closer look at. Then the long-awaited Friday came. Demián brought a big mace with him, prepared a place to lie and fell asleep. Once the day began to dawn, he washed himself with dew and was waiting patiently. All of a sudden, he heard a roaring sound and saw sulphuric steam fly around.

DEAR VISITORS, PLEASE DON´T CLIMB OR SIT ON THE DRAGON SCULPTURE AS THE SCALES ARE SHARP AND YOU COULD GET INJURED. THANK YOU FOR RESPECTING THE WARNING!

To board from the north side to Chopok, use the boarding place ZÁHRADKY.